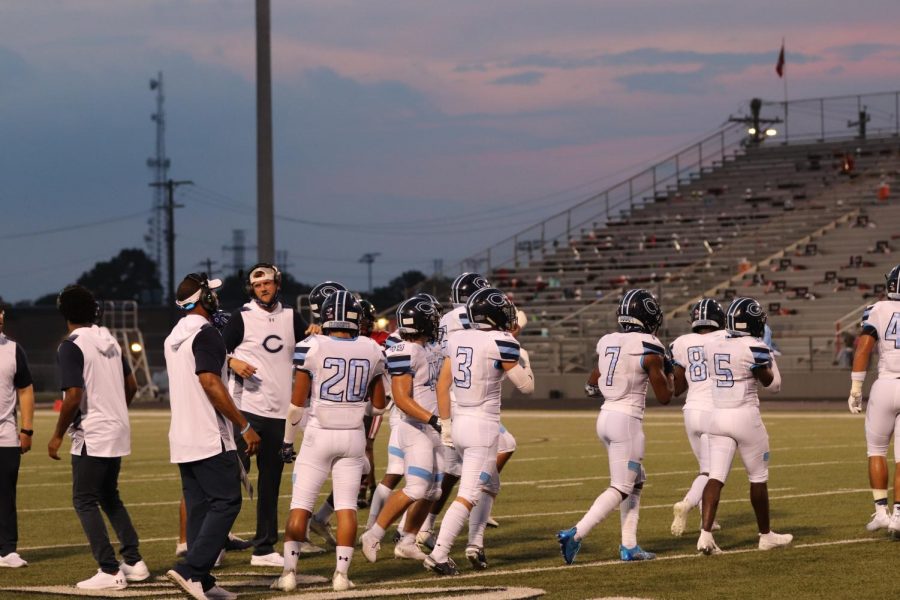 This year’s football season has been off to a great start with 4 wins and only one loss.  The Rangers won against Terry High School on August 26 at hall, as well as a victory on September 2nd against Westbury at Butler stadium. Following those two wins, there were two more. On September 9th they won against Pasadena high school at veterans memorial stadium and on September 16th won against Dulles high school played at Hall stadium. Unfortunately following their winning streak of four, the Rangers had a tough loss on September 25th at Hall stadium against Ridgepoint.

“This season the team has been working extremely hard, and it has shown in the last couple of wins. This season has been extremely memorable and I’m very proud that this is happening during my last year of high school.” Said Lyle Link (Senior).

The next game is on October 2nd at hall stadium, and the rangers will be playing Elkins. Be sure to come out and support. Also be sure to show your school spirit at the game by wearing pink.