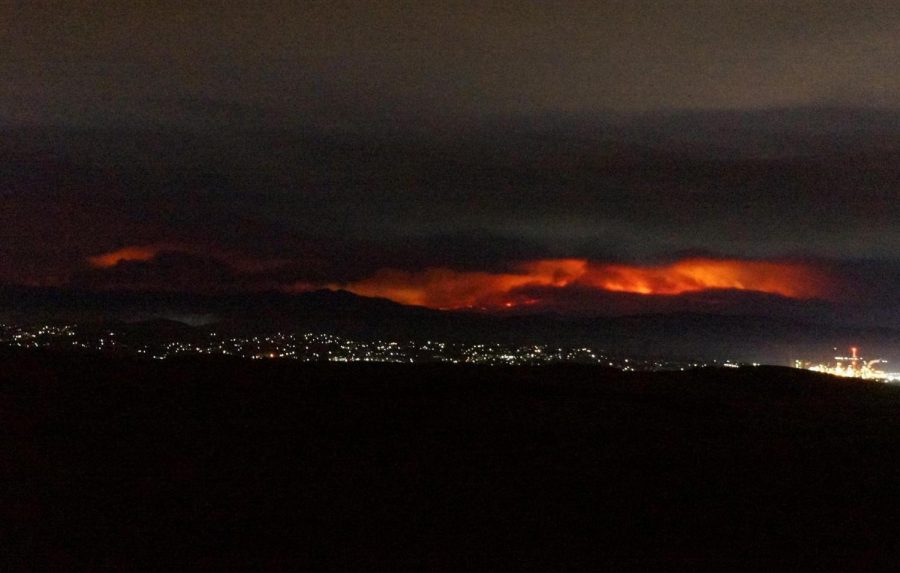 View of the fires from Benicia, California.

The last few months deadly fires have gone ablaze throughout much of California and Oregon, forcing hundreds of thousands to evacuate and thousands of firefighters to come to the rescue. Starting in late August and early September, dry lightning struck which caused numerous fires to spread. The blazes have set records with one becoming the second-largest fire in California’s history, and another blaze is in the top five. The fires have caused thousands of people to lose their homes, and with Covid-19 happening the evacuations certainly don’t help. Since numerous people are forced to evacuate and many have lost their homes, in times like this it might be harder to find a place to stay. There’s also been research that those with Covid are at risk due to all the smoke in the air.

With the many wildfires that have scorched much of California, another notable fire was the one that started in El Dorado, California. This fire was started during a gender reveal party. It has been reported that the family was using a pyrotechnic device that generated smoke. Apparently, the family tried to put out the flames with water bottles, but the fire could not be contained. Because of the party, the fire has burned more than 22,000 acres and caused thousands to evacuate and one firefighter to lose his life.

Scientists have said the intensity of these tragic fires is linked to the rise of climate change. National Geographic explained that the air is warming, and when that excess heat in the air stays around for some time, the risk for wildfires rises more and more. While many of these fires may be caused by human-related activities, like in El Dorado, climate change does play a huge role in the fires and the intensity of them and the number of them happening each year.

While these devastating fires don’t hurt any of us here in Texas, many have lost their homes and many have evacuated due to the threat. These fires have also cost many wildlife and human life, and some people are still missing. So if you can donate to help the numerous people in trouble.

Here is a link with numerous places you can donate to help those in need: