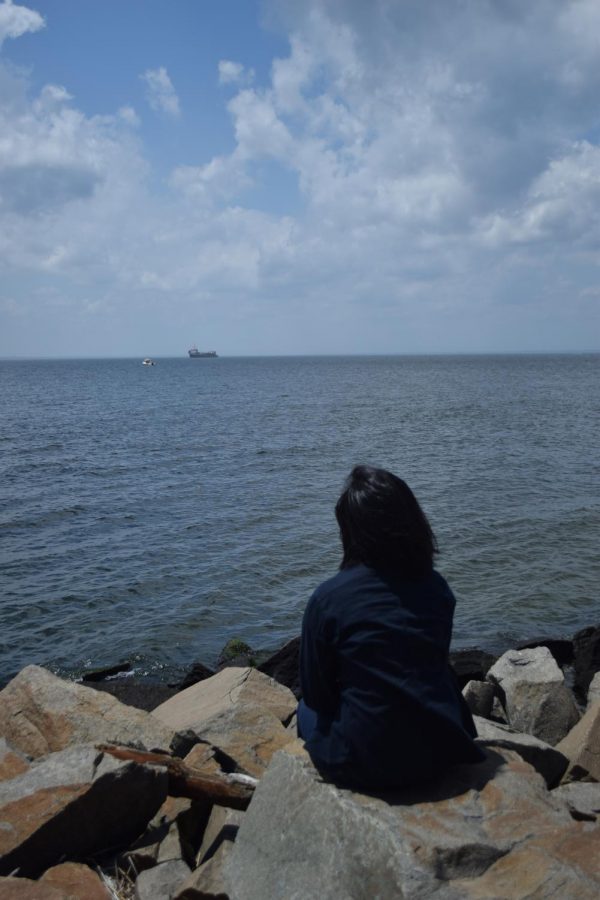 That has been the mantra ever since first grade. In high school, it became my life.

The words come from a belief that if I’m not being productive, then I’m wasting my time. Many a night I would choose work over sleep. I have not had a proper night’s sleep since eighth grade. This was not my parents’ doing–I was raised to put my health first. Filipino culture had less to do with it, too, as I would soon discover. It was imposed upon me at an early age by my own hands. My obsession with work was the result of years of a propensity for learning and trying that when left unchecked had devolved into a monster I could no longer control.

This monster did not start taking shape in eight grade. During my formative years–high school–it was growing to its most superior form. Rather than fight this monster, I befriended it. I kept it as a pet. I fed it, talked to it, and bended to its every whim. I helped it grow. It was my very own Pokemon. I hatched its egg on my own and when I accrued enough candies in the game, I was presented with the option to evolve it. And I did. Every time. Because this monster brought me down to my knees, brought me back to Earth, back to the soil from where I came.

I started my high school years in Yonkers, New York at Yonkers Middle High School (YMHS). My middle school counselor told me that I’d be a good fit there when I was stuck between three choices: YMHS, Gorton High School, or Scarsdale High School. “You’re gonna make a great splash in this small lake,” she said to me on decision day. She wanted me to stand out, but I so badly wanted to hide in the crowd.

The summer before my sophomore year, I was forced to move to a different city: Smithtown, New York. Smithtown was jarringly different from Yonkers. YMHS prided itself with its diversity of students–black, latino, brown, asian, and the occasional white person. Smithtown High School West (SHSW) was mostly white, upper middle class kids, with a decent Asian population (some adopted by white parents), and a sprinkle of Hispanic and African American students.

Located in a smaller and richer neighborhood, Smithtown High School West was every American high school I grew up watching on television back in the Philippines. It offered AP classes, whereas YMHS had a few (but it did boast an International Baccalaureate Programme). There were more extracurricular activities and clubs I could join. “A great splash in a small lake.” Smithtown was far from a lake. It was the Atlantic Ocean. I was afraid I wouldn’t be able to catch up.

Lo and behold, the monster reared its head on my first day at a new school. It told me to catch up–not that I could, but that I should. And I did get by. I got by extremely well, if I have to be honest. I did more than just fit into SHSW. I absolved it. I was ingrained in the school’s culture: academics first, everything else later. I found like-minded people, friends who I traversed these new waters with and we promised to help each other out.

Just when I was establishing a sense of permanence, I was thrusted once more into another high school: from New York to Texas.

Clements High School, though I would rather parachute off a plane than admit it, was the most influential and transformative period of my life. Clements combined Smithtown and New York in one big block of academics, clubs, diversity, and stress. I hadn’t realized, until now, that my life will have turned out the way it will because of Clements (and Yonkers and Smithtown, but mostly Clements). For that very reason, if I ever get a chance, I will not–absolutely will not–re-live my high school years.

Because of the pressure, the monster thrived. It lived for my misery, and Clements was as miserable as they would come. There were new rules to adapt to, a social climate that’s been bred since the students’ elementary days, and competitive structure that neither YMHS nor SHSW prepared me for. I was now a very small fish in an infinite ocean. No matter how big a splash I would make, it still would not be big enough to disturb the whole of it.

Despite the pressure, Clements was fun. I made more friends–people I don’t think I could ever meet later in life if I had stayed in New York. We understood each other, even though we came from different backgrounds. It felt like New York was something I made up and I had actually been in Sugar Land for all of my life.

I know high school was not just about academics, clubs, and stressing over grades. In each high school, I managed to forge bonds–incredibly strong bonds–with at least one person. When I would feed the monster, they took it down a notch. When the monster spun out of control, they calmed it down. When I let it consume me, they brought me back. They taught me how to, too. Soon, I regained control of it.

I supposed I learned from my friends, perhaps even more from my classes.