Taming of The Shrew 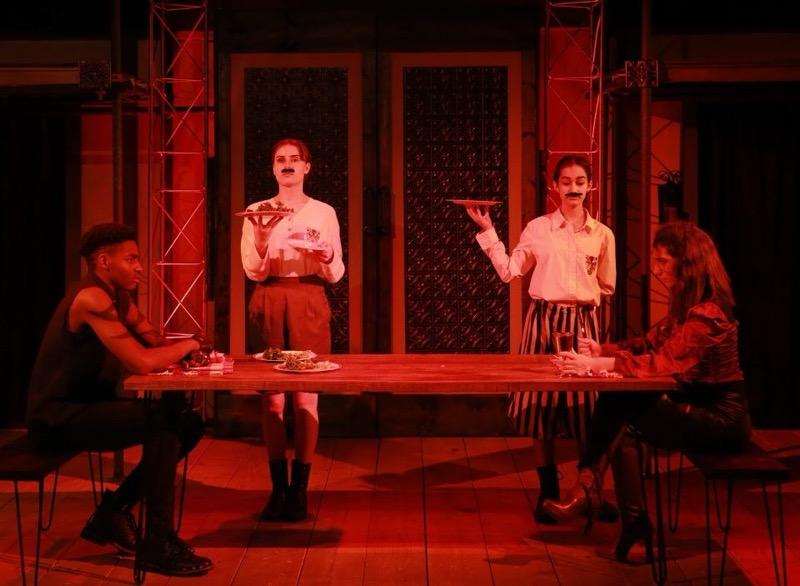 The Clements Theatre Company performed Taming of the Shrew for their annual Fall Production. This show was also the new theatre director’s debut at Clements High School.

The beauty of the performance was found in the innovative technical aspects as well as the creative approach that was taken by the actors while playing their roles. I was very impressed that there were live sound effects where the sound director was playing different instruments to set the tone of the scene and create a comedic effect during the fights. The structuring of the set made it so that there was a balcony which created variation in where the focus of the play was put. Another thing that I admired was the fluidity of the story.

One thing that is often difficult while both performing and acting in a Shakespeare play is that it can be hard to follow and understand, but the actors in Taming of the Shrew used an array of body gestures and emotional displays that made the plot easy to follow.

The costumes were also very well thought out, they fit the personality of the characters very well. Caterina, the shrew, as well as Petruchio, her husband, are always dressed in dark colors and leather to portray their rebellious nature, while her sister, the beloved Bianca,  always wears sparkly jewelry and flowy dresses. The costumes evolved with the characters, so at the end when Caterina had been tamed her appearance changed dramatically. The play was creative and unlike anything that I’ve seen done in Clements Theatre.